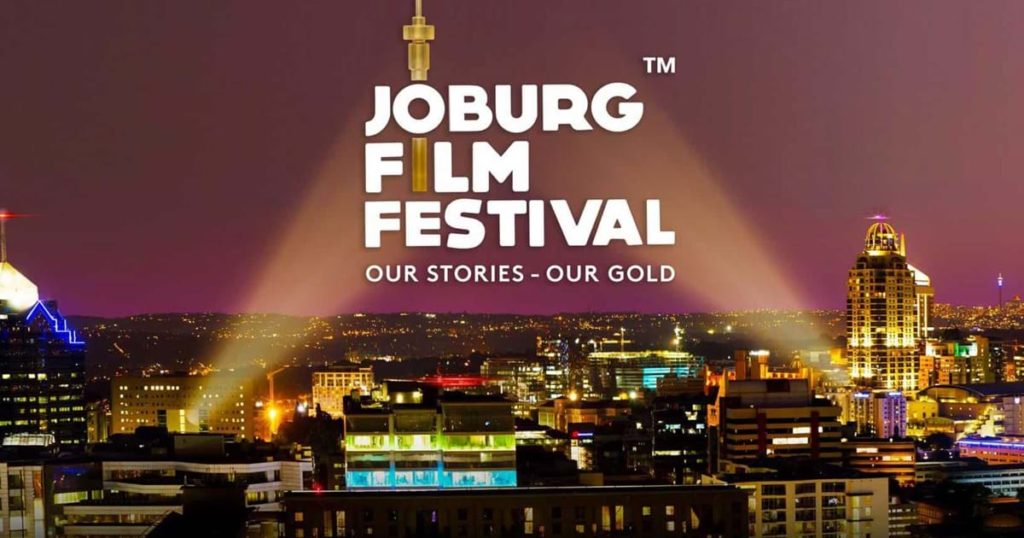 The Joburg Film Festival historically staged in the last week of November as a six-day festival, will now take place on 28 and 29 November with a limited film selection with a huge focus on development workshops.

This year three specially curated films will be featured and celebrated at a local cinema over the two days of the 2020 instalment, with an opportunity for the general public to attend the screenings of these films.

The focus of the 2020 targeted films places the spotlight on “displacement”, an apt theme during the global pandemic.

With the huge impact of COVID19 globally, the pandemic has amplified bullying, harassment and murder across the African continent. Whilst the films may not address these issues directly, they do explore the lives of people who are marginalized, some by choice and others by circumstances they find themselves in, which motivates their decision to find a new place to call home.

The Joburg Film Fest opening film ‘This is Not A Burial It’s a Resurrection’ features the late legendary Joburg born actress Mary Twala just prior to it’s Oscar run post the festival.

Making it’s global screening debut at the Joburg Film Fest this year, LGBTI film ’There’s Power In the Collar’ will also be shown over the festival.  The last addition to this year’s schedule includes Canadian / South Africa film ‘Beyond Moving’.

Amongst the pythonic mountains of landlocked Lesotho, an 80 year old widow winds up her earthly affairs, makes arrangements for her burial and prepares to die.

But when her village is threatened with forced resettlement due to the construction of a reservoir, she finds a new will to live and ignites a collective spirit of defiance within her community.

In the final dramatic moments of her life, Mantoa’s legend is forged and made eternal.

As Botswana awaits a possible landmark judgement from its high court, seeking to decriminalize same sex relations, Chantel, a 27 year old lesbian who’s both a theologian and a queer rights activist, attempts to start her journey to get ordained as a reverend in Botswana’s religiously conservative and homophobic society.

“Beyond Moving is a heartbreaking tale of the things we sacrifice for art”.

When young Siphe November leaves his small township in South Africa to follow his dreams at Canada’s National Ballet School, he begins a remarkable journey that reveals deeply personal pulses of family, prejudice, expectation, loss, and resilience that beat beneath the surface of a beautiful and demanding art form.

Screenings will be held at Cinema Nouveau in the Rosebank Mall and the Bioscope at 22 Stanley in Milpark. Limited tickets will be sold at the door of each of the respective venues.

The Youth and Audience Development programme is a skill sharing platform that affords young aspiring filmmakers the opportunity to learn from and engage with industry professionals, hosted in partnership with the Gauteng Film Commission (GFC) and the National Film & Video Foundation (NFVF).

Due to the pandemic, the programme will be delivered as well structured one-day workshop that incorporates the province’s youth from different regions at a central location and is also recorded for virtual streaming and broadcast.

Black youth who are students or aspirant filmmakers between the ages of 18 and 30 years with a matric or an alternative equivalent as a minimum participating criterion will be selected for the workshop.

Twenty youth from each of the 5 of Gauteng’s regions will be selected to attend the physical one-day workshop on Saturday 28 November that will be held at the Lesedi Theatre @ Joburg Theatre, bringing the total attendees and participants to 100/150 pax.

Interested participants can send their details (full name and age) to either of the contact details below:

The workshop will be screened and made available via the JFF website post the event to reach and impact an even broader audience than the one that attended physically.

For more information on the Joburg Film Festival, checkout  www.joburgfilmfestival.co.za